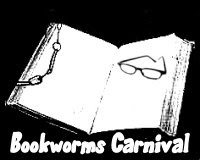 Welcome to the 18th edition of the Bookworms Carnival which features many different types of memoirs. Thanks so much to all of you who sent in submissions. I really enjoyed reading through all of the interesting opinions and reviews about memoirs and I’ve got quite a few additions to my reading wish list!

*edit: I would like to dedicate this edition of the Booksworms Carnival to the memory of the founder and organizer of the Bookworms Carnival, Dewey of The Hidden Side of the Leaf, who passed away last week. Dewey was an incredibly active and dedicated member of the blogging community and her presence will surely be missed by all. My condolences go out to her family - they are in my thoughts and prayers.

To start us off, Ali has written a general post about memoirs that discusses the increasing popularity of the memoir and what makes a memoir successful

Nigel also has a general post about memoirs, which contemplates the controversies over Memoir Hoaxes caused by Publishers Favouring ‘Fact’ over Fiction 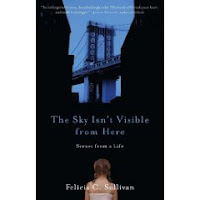 Sarah reviews The Sky Isn't Visible From Here by Felicia Sullivan, which tells the story of a hard upbringing with a mother who was an unstable and selfish drug-addict, alternating between the author’s childhood and adult years

Carrie reviews The Glass Castle by Jeannette Walls, the heartbreaking story of how the author grew up in a dysfunctional family and poverty and yet never resented them for any of her hardships and was determined to make something of herself 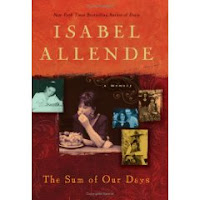 Adventures in Reading reviews The Sum of Our Days by Isabel Allende, is uniquely written as if it were a letter to her dead daughter Paula and centers on the theme of family with hints of her political and metaphysical beliefs 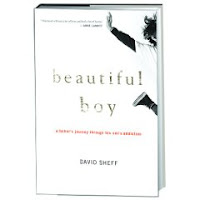 Dawn reviews Beautiful Boy: A Father’s Journey Through His Son’s Addiction by David Sheff, an account of the other’s response to his son’s addiction to methamphetamines and the challenges and hopes that accompany the loved one of a drug addict

Ana reviews Elegy for Iris by John Bayley, a story of the author’s experience with his wife’s battle with Alzheimer’s as well as their lifetimes together 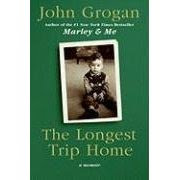 Kathy reviews The Longest Trip Home by John Grogan, in which the author discusses his upbringing in a wonderful family and his coming of age stories

Within this topic there are the popular memoirs (two reviews for the price of one ; ) 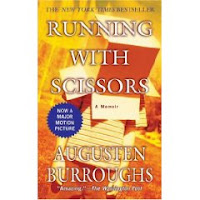 Lightheaded reviews A Hundred and One Days: A Baghdad Journal by Asne Seierstad, in which the author, a journalist, tells the story of her stay in Iraq before the war as well as the heartfelt stories of the Iraqi people 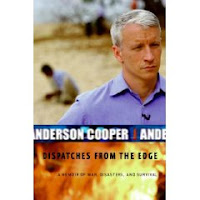 Lightheaded also has a review of Dispatches from the Edge by Anderson Cooper, which centers around the author’s pain of losing his father at a young age combined with his personal and professional experiences of war and natural disasters that he has encountered

Another review by Lightheaded, Hello to All That: A Memoir of War, Zoloft and Peace by John Falk, about the war in Bosnia but also about the author’s personal war against himself and his depression 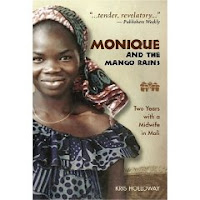 Shana reviews Monique and the Mango Rains by Kris Holloway, about the years the author stayed in Mali, West Africa volunteering for the Peace Corps and the people and country that has a profound effect upon her 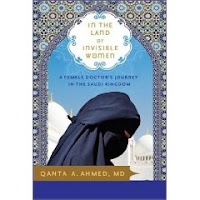 Shana also has a review of In the Land of Invisible Women by Qanta A. Ahmed, MD, who spent two years working as an ICU doctor in Saudi Arabia and offers an insider’s account of the restrictive society and the challenges faced

Wendy reviews Laughing Without An Accent by Firoozeh Dumas, which is a funny and insightful memoir about an Iranian being raised in America

Ali reviews My Father's Paradise by Ariel Sabar, a story chronicling a father’s journey traveled from Zakho to Jerusalem and the related history behind it

Gautami reviews The Dark Child by Camara Laye, a memoir that reads like a novel and focuses on the author’s life in French Guinea, with its rituals and traditions, while being faced with the dilemma of wanting to achieve academic success far away from home

Gautami reviews Booth's Sister by Jane Singer, a book about Asia Booth Clark, the sister of Abraham Lincoln’s assassinator John Wilkes Booth, and the shameful legacy she was forced to carry with her

Gautami also reviews Once Upon a Time When We Were Coloured by Clifton L. Taulbert, about the author’s life in Mississippi, the community and family and the difficulty of segregation between Black and White people 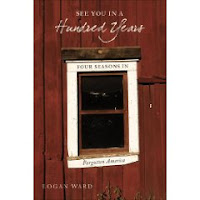 Kathy reviews See You in a Hundred Years: Four Seasons in Forgotten America by Logan Ward, the story of Logan and Heather Ward who felt like they didn’t have time for anything anymore and consequently decided on a year-long experiment where they would live like Americans did in the year 1900, without electricity, cars, or any other modern conveniences

Rebecca reviews Why Women Should Rule the World by Dee Dee Myers, which is more than a memoir because it is also the examination of the state of women in general and in positions of leadership worldwide 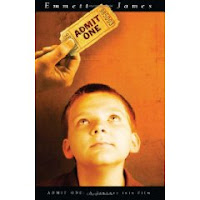 Dawn reviews Admit One: A Journey Into Film by Emmett James, which tells the story of the events in the author’s life with a specific film as a metaphor in each chapters, such as Star Wars, The Wizard of Oz and E.T. 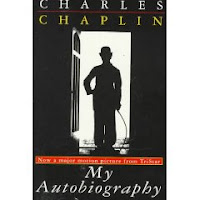 Bluzica features an interest excerpt from My Autobiography by Charlie Chaplin

Jennifer reviews Same Kind of Different As Me by Ron Hall, Denver Moore and Lynn Vincent, an unusual autobiography of the lives of a wealthy art dealer and an angry homeless man and the unlikely woman whose love of God brought them together

FOR THE LITTLE ONES 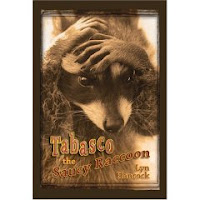 Teddy reviews Tabasco the Saucy Raccoon by Lyn Hancock, an adorable story of a raccoon raised by the author nearly 30 years ago, intended for ages 9-12, but suitable for anyone young at heart

WHEN WORDS ALONE WON’T DO 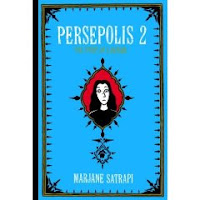 Alyce reviews Persepolis 2 by Marjane Satrapi, a sequel about main character, Marjane’s escape to Vienna from the war in Iraq and the consequences of her eventual return to her homeland

Dewey talks about Maus and Maus II by Art Spiegelman, in which the author interviews his father about his experiences during the Holocaust 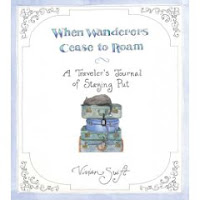 Dawn reviews When Wanderers Cease to Roam by Vivian Swift, a beautifully written and illustrated book following the author’s travels around the world and then her appreciation for her home and staying in one place

Well that concludes this edition of the Bookworms Carnival. I hope you’ve enjoyed reading about all these interesting and different personal stories!!

The next Bookworms Carnival editions:

I'm glad you had such a good response. I can't wait to read through all of the reviews.

What a great collection of memoirs. I'm going to set aside some time tomorrow to read thru all the posts (and to add to my wish list, no doubt!).

Thanks for organizing this, Sheri.

Wow! Great carnival! Thanks for including me :). You're in Canada? I see you post reviews on Amazon.ca and Chapters :) - I'm in Canada too! Nice to 'meet' another Canadian book blogger.

Thanks so much for hosting!

Such a lovely list of memoirs here, some I don't even know about! Then again I only pick up memoirs on a whim. For sure I'd be reading more and more of this genre.

Thank you very much for linking my submissions. Will be posting about the carnival in a bit.

Thanks for hosting this carnival--there are sure a lot of interesting books included here!

Thank you for hosting, Sheri! I look forward to reading all the reviews.

Sheri, you have done an absolutely wonderful job with this carnival!

Thanks for all of your hard work - it really shows through in the excellence of this post!!!

How interesting your site is! I don't know whether you have been contacted by my publishers, but wondered whether you would be interested in my book 'DON'T WAIT FOR ME'. It's the biography of my son who is Bipolar and how it's been for the family to have to deal with this - as well as music, repatriation and murder! You can check it out on Amazon, etc. Also see my blog at www.dont-wait-for-me.blogspot.com/

All the best,
Ros Morris

I need to get on the ball with these carnivals... was so sad to read that Dewey has passed. I hope someone will be able to take up the coordination flag!

So many of these look great, I'll be mining this list for my next Friday Finds post (y'all make it so easy)

You've done a wonderful job. I'm sure that Dewey would be proud!

Great carnival. I love memoirs and added to my TBR list (not that it isn't long enough of course) The Memoir edition being in memory of Dewey couldn't be more fitting.