More lookalikes (or in this case, the same picture!)

Both of these books are mysteries, which is very fitting given their interesting (and a bit creepy) cover art - plus they were both officially released just days apart! 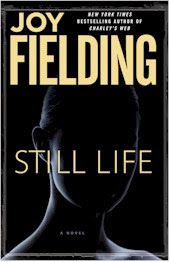 This book sounds very interesting and sometime soon you'll be able to read my thoughts about it since I was lucky enough to win it through Twitter -THANKS AtriaBooks! 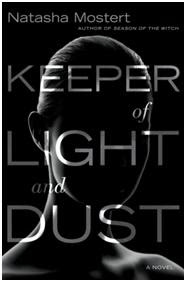 Keeper of Light and Dust by Natasha Mostert (released April 2, 2009)

(for more info read a great review by A Novel Menagerie, which is where I first heard of the book)
Posted by Sheri S. at 5:31 PM

Great find, Sheri! It's interesting that the covers look different because the first one is darker -- I like the second one better!

Oh that's just wild! I just finished reading Still Life today and am posting my reviw tomorrow. I can't believe that such a big author used a stock image!

Wow, how could I have missed that these two books have the same photo on the cover?

i also like the second cover--the contrast is more interesting and it puts her neck and shoulder area into sharper detail.

i've seen so many books with similar covers...but this is too much! great find.

"a bit creepy" is right!

I haven't heard of the second title; so strange that they were released within a week of each other.